Audio: Harvey Weinstein Threatens Actress Over Massage; Accuser Breaks Down In Tears For ‘Letting Him Rape Her’

Audio: Harvey Weinstein Threatens Actress Over Massage; Accuser Breaks Down In Tears For ‘Letting Him Rape Her’

Journalist Ronan Farrow has released an audio recording of Harvey Weinstein threatening actress Amber Guttierez with missing out on ‘big opportunities’ if she didn’t trust her and do “relaxing things” with him such as “Massages” and “something fun,” that her career would suffer. 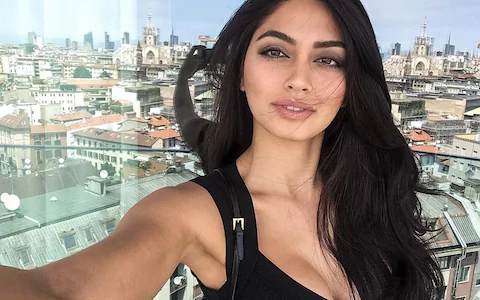 “If you want to spend time with me I will mentor you, I will teach you or whatever but you have to, you know, relax with me, have fun, enjoy,” Weinstein can be heard on the covert recording used in a failed 2015 sting orchestrated by the NYPD.

After the back-and-forth continues, the disgraced movie mogul says “If you do not trust me, then we have no reason to do anything and you will lose big opportunities.”

In a second recording, Weinstein accuser Lucia Evans describes how she allowed Weinstein to overpower her – recalling ‘giving up’ in a 2004 incident at his Miramax office in Tribeca.

“I tried to struggle away but he’s a big guy, you know?” Evans told Farrow when she called him before the journalist released his bombshell report on Weinstein.

“So he overpowered me but I don’t know if I, along the process, I think I just sort of gave up,” she added, while breaking into tears.

On this week’s #CatchAndKill Pod, Lucia Evans offers a public service, letting me air our first call, where she breaks down describing her assault. It reveals a lot about the stakes of abuses of power. (Also upsetting—take care while listening.) Subscribe: https://t.co/649mmaiRam pic.twitter.com/2ar04Crqbk

Weinstein will return to court in Manhattan on Tuesday for his ongoing trial for five counts of sexual assault. If convicted on all of them, he faces life in prison.