It Begins: Chinese Business Conditions Crash Most On Record

It Begins: Chinese Business Conditions Crash Most On Record

For the past two weeks, even as the market took delight in China’s doctored and fabricated numbers showing the coronavirus spread was “slowing”, we warned again and again that not only was this not the case (which was confirmed by the latest data out of South Korea, Japan and now Italy), but that for all its assertions to the contrary, China’s workers simply refused to go back to work (even with FoxConn offering its workers extra bonuses just to return to the factory) and as a result the domestic economy had ground to a halt, something we described previously in:

Unfortunately, one month after the start of the Lunar New Year it’s not getting any better, as the latest high frequency updates out of China, courtesy of Goldman Sachs, demonstrate.

First, here is China’s daily coal consumption which have barely pushed off the lows, and are roughly 50% where they were a year ago this time. 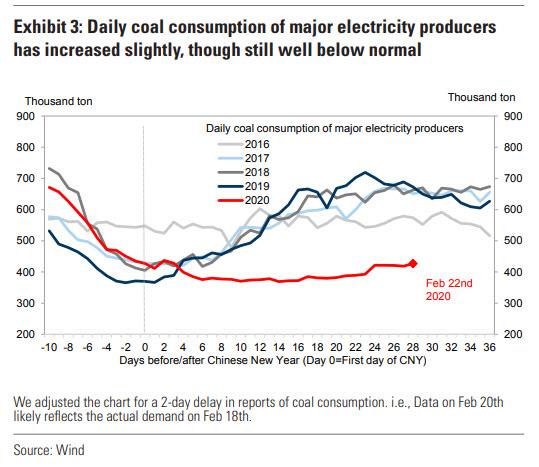 With coal demand in the doldrums, it is also to be expected that coal supply is depressed as well, and indeed coal volumes over the past week remain 25% lower than the past 3 years’ average, and roughly 33% below the 2019 level. 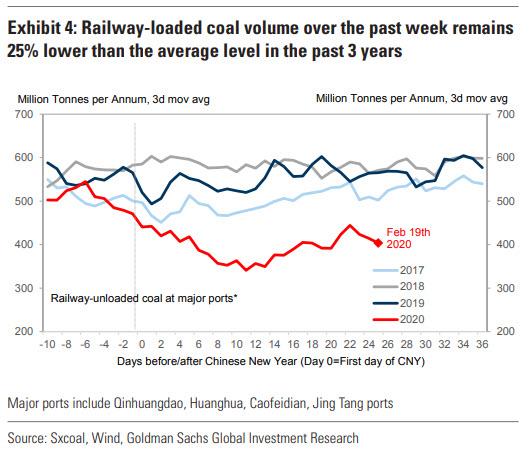 One of the better indicators of real-time commerce, traffic congestion, remains virtually unchanged, and substantially below where it was in previous years. 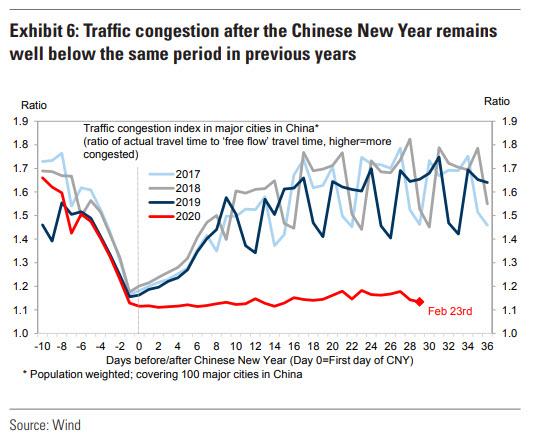 Yet, hilariously, this being China even with no transport, no commerce, and virtually no power plant use, pollution is finally starting to ramp up. One wonders what is causing this if it’s not coal demand, or transportation: maybe all those crematoriums working overtime? 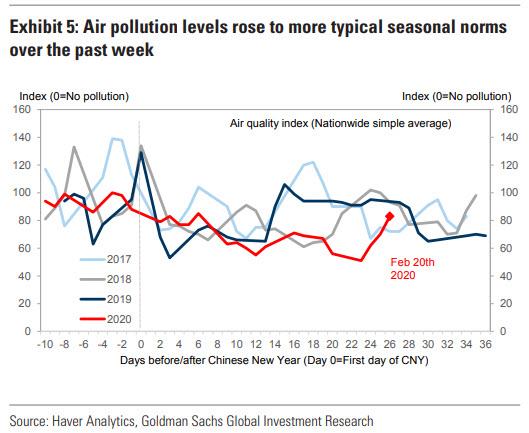 And speaking of not transport, the number of passengers carried after the New Year is barely above 10 million, almost 50 million below last year’s levels. 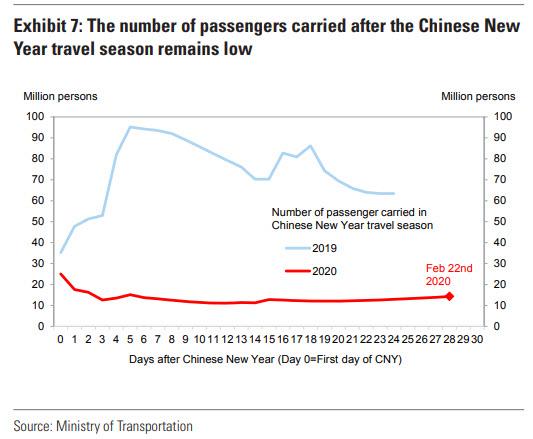 Meanwhile, a brief silver lining in the economy was promptly snuffed out last week, when the property sales volume in 30 major cities crashed back to earth and remains well below 25% of the seasonal norm. 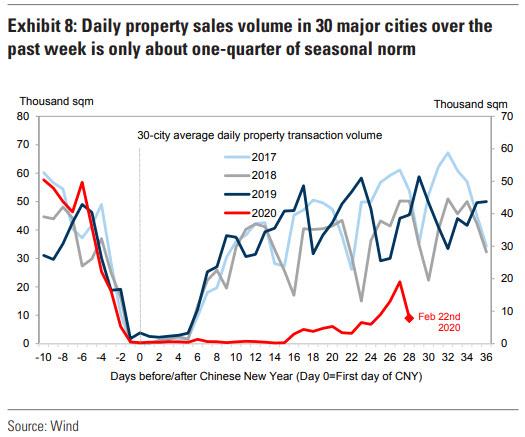 And with no end market demand, it is hardly a surprise that steel demand has continued to crater, and was below half the normal level from the past 3 years. 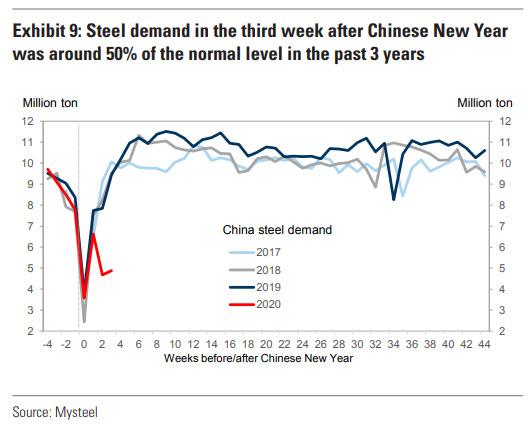 Last but not least, and perhaps most ominous of all, the earlier semi-official data print in the form of the February survey on business conditions showed a depression level plunge, with the index crashing more than 18 points, the most on record, to 37.3, which confirms Nomura’s expectation of a manufacturing PMI print later this week which may have a 30-handle. 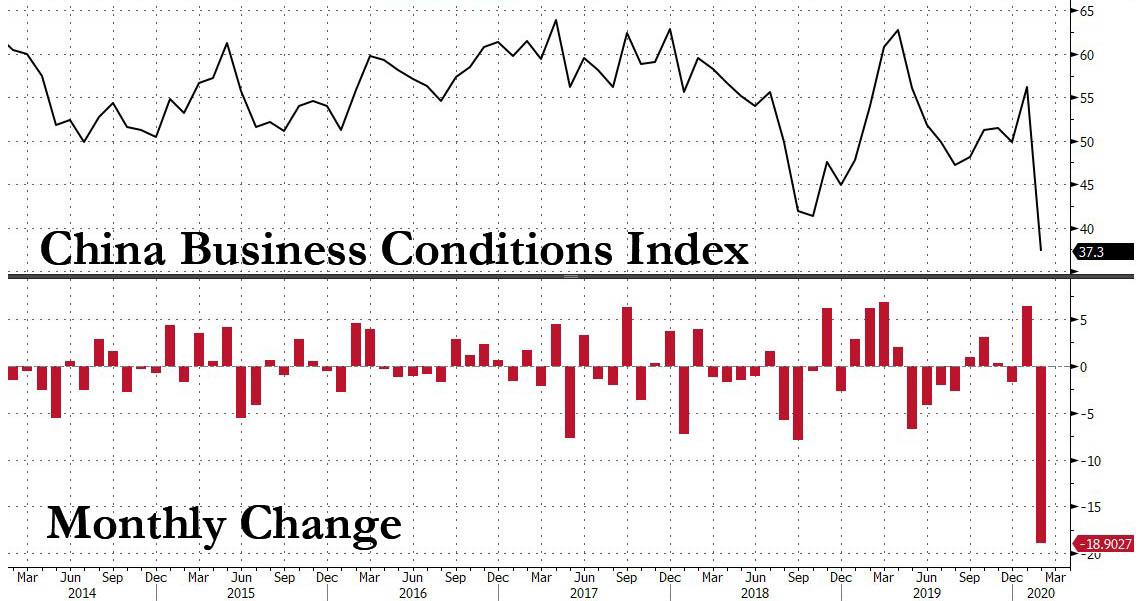