Casual readers of American political reporting probably wouldn’t recognize the name, but Washington reporters and other “insiders” almost certainly know not only his name, but his reputation for being perhaps the most influential White House figure that most Americans haven’t heard of.

His name is Matthew Pottinger, and in addition to serving as Deputy National Security Advisor in the Trump Administration, he has served as a top advisor on China policy and “the White Houses foremost China expert”, an expertise Pottinger honed while reporting for the Wall Street Journal from Beijing, where he learned the perfected his language skills. 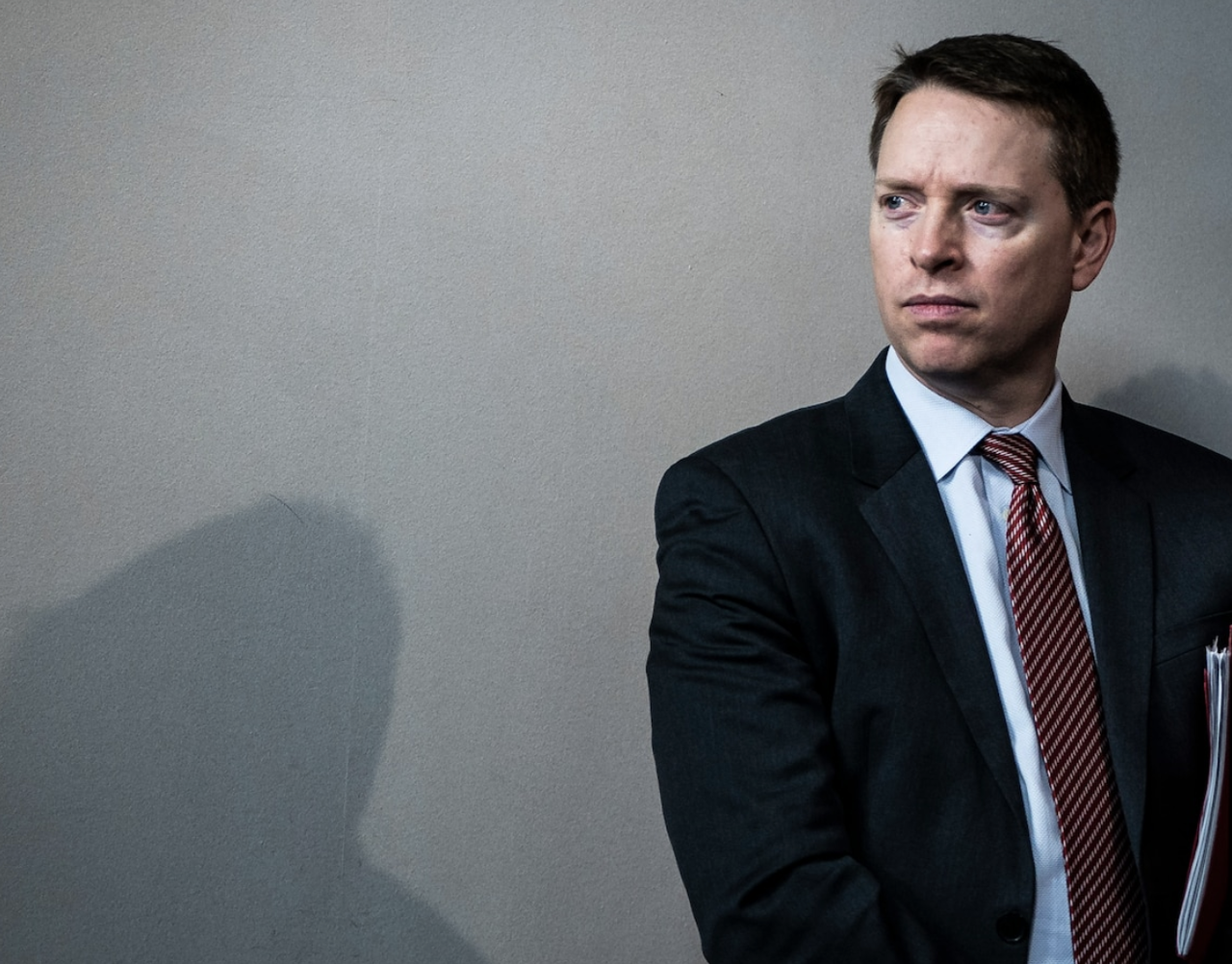 And in a profile published in Wednesday’s paper, the Washington Post explored Pottinger’s rise to becoming one of the most influential foreign policy voices in the West Wing began in the late 1990s, when he moved to Beijing to cover a rising China as a foreign correspondent.

After 9/11 and the start of the wars in Iraq and Afghanistan, Pottinger decided to leave WSJ  at the age of 31 to enlist in the Marines.

He was modestly older than many of his fellow recruits, but in an op-ed published explaining his decision, Pottinger recounted how seeing up close how Beijing treats its citizens helped instill in him a newfound respect for the US, and an intense wariness of the CCP. In one incident, Pottinger said, he was punched in the face by a government goon who attacked him while he was reporting on some sketchy business dealings involving a Chinese company.

But living in China also shows you what a nondemocratic country can do to its citizens. I’ve seen protesters tackled and beaten by plainclothes police in Tiananmen Square, and I’ve been videotaped by government agents while I was talking to a source. I’ve been arrested and forced to flush my notes down a toilet to keep the police from getting them, and I’ve been punched in the face in a Beijing Starbucks by a government goon who was trying to keep me from investigating a Chinese company’s sale of nuclear fuel to other countries.

To give credit where credit is due, WaPo was one of the first MSM organizations to seriously consider the possibility that the novel coronavirus could have leaked from a lab in Wuhan, a theory that Pottinger has been investigating since the outbreak began. Surprisingly, the paper reports that Pottinger was one of the first Trump Administration officials to push the president to call the virus the “Wuhan Virus” instead of the coronavirus, a move that was blasted as “racist” by both China and many American leftists. That recommendation, WaPo said, was based on intel obtained by Pottinger claiming Beijing was in the early stages of a misinformation campaign to try and deflect blame for the outbreak to the US.

Pottinger’s push to use the term “Wuhan virus” has reverberated. Trump, eager to deflect blame of his own handling of the virus, escalated the rhetoric by using “Chinese virus.” Secretary of State Mike Pompeo angered allies in March when he pressured Group of Seven nations to sign a collective statement employing “Wuhan virus,” a demand they refused. Liberals called the language racist.

To Pottinger, the critics missed the point: China’s state media had named the virus for Wuhan for weeks before suddenly pressuring the World Health Organization to formally name it covid-19. Beijing needed to own it.

And while Pete Navarro is still unquestionably the administration’s most visible China hawk, Pottinger is heavily involved in the Trump Administration’s plan to chart a new course for the US-China relationship that would take us closer to a “decoupling”. Globalists cringe at the thought of untangling the complicated web of interconnected economic interests tying the two countries together. But the virus has undermined the view that globalization is inevitable and de-globalization would be inherently catastrophic.

When asked who is responsible for the severity of the global coronavirus outbreak, Pottinger insists that China is to blame. Because by the time the US was receiving the first information about the virus from China in January, it was already likely too late – something that surveillance testing, as well as reports that the earliest COVID-19 death might have happened as early as Feb. 6, seem to suggest.

Pottinger believes Beijing’s handling of the virus has been “catastrophic” and “the whole world is the collateral damage of China’s internal governance problems,” said a person familiar with his thinking, who, like others, spoke on the condition of anonymity to discuss his views.

WaPo noted in a lengthy piece explaining the ‘failings’ of the Trump Administration during the early days of the outbreak that Pottinger was the first to push for travel bans from China and Europe. Trump’s decision to drag his feet on the European bans might have directly contributed to the explosion of cases in New York. One study found similarities between the coronavirus strain spreading in New York, and a strain spreading in Northern Italy that researchers said could explain the excessive mortality in both areas.

Most importantly, Pottinger has pushed intelligence agencies to explore the theory that the virus may have been accidentally released from a Wuhan lab, a suspicion that was borne out in a recent government report.

Behind the scenes, Pottinger has pushed intelligence agencies to explore the theory, popular among conservatives, that the pathogen was accidentally released by a virology lab in Wuhan, rather than a wild animal market. So far, that theory has not been proved, but Pottinger believes there is more circumstantial evidence in favor of the lab explanation, said people with knowledge of his views.

He and like-minded State Department aides have warned outside China experts, who had criticized the administration’s use of “Wuhan virus,” that they should remain skeptical of Beijing’s motives. Their message amounted to a warning that more damaging information would come out about Beijing’s handling of the pandemic, according to four people on the calls.

Long before the outbreak, Pottinger reportedly kept a ‘scorecard’ in his office with a ‘highly detailed’ accounting of all the ways China is undermining the US.

As Asia director, Pottinger kept in his office a large whiteboard mapped out with a highly detailed accounting of China’s growing global influence. The diagram was labeled with military-style buzzwords such as “Lines of Effort” and “Strategic Goals,” according to people who saw it.

A former NSC colleague called it a scorecard of all the ways “the Chinese Communist Party was attacking the West — and how we could fight back.”

During a recent security forum, Pottinger was asked to explain why he supports ‘decoupling’ the US and China. His answer:

“Decoupling,” he replied, “is when you have a Great Firewall where not a single Western Internet company has been able to prosper or survive in China, by design. When Christian churches are torn down and ethnic minorities are put into reeducation camps, that’s ‘decoupling.’ So the ‘decoupling’ is something that’s been underway for quite a long time – and it is not driven by the United States.”

For all the pro-China liberals in the US, the message from Pottinger is clear: If you spend more time criticizing ‘oppression’ by the US government, you should try living in Beijing for a few years. That should be enough to change your mind.

Is War Between Russia And Ukraine Now Inevitable?